Check out this article I wrote for TheUnlockr.com.  It’s the first in a series called, So You Want to be an App Developer? which is about the realities of mobile app development.

If you live in New York City, like me, you’ve probably witnessed this scene at least a dozen times. You’re in a happening, dark bar, surrounded by conversations. In the corner, you spot a girl talking to some nerdy, awkward guy. He’s got nothing on me, you think. And just then…he whips out his phone, launches an app, and shows it to the girl. 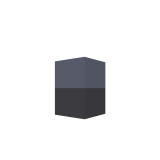